When caring for and planning for an individual, we address the financial and legal aspects of caring for a loved elderly one. These planning considerations do not happen in a vacuum. The decisions we make rely on the medical issues, complications and opportunities available to us. Knowing about treatment options and emerging science is critical in planning for future needs. Alzheimer’s disease robs cognitive ability and causes those who are afflicted to need long-term skilled nursing care.

When medical breakthroughs are occurring on diseases the are often require long term nursing care, we must share and learn as to their success and progress. Such studies and advancements are occurring at Butler Hospital in Providence, Rhode Island as evidenced by the attached link to an article published by the Providence Journal.

A Cautionary Tale of the Long Term Care Insurance Marketplace

By 2050, the U.S. will have almost 90 million people aged 65 and over, and more than half will need long-term care at some point. Yet only a sliver of that group can afford long term care insurance. As of 2015, private insurance covered less than 10 percent of U.S. spending on long-term care — and the private market has been shrinking.

Medicare covers only a short period of care after a person has been hospitalized. That leaves Medicaid, the state-administered program for long term care. The paperwork involved is a protracted ordeal, especially for those with physical and mental impairments, and the rules to qualify are strict and complex.

The reality is – the private insurance market is on life support so understanding Medicaid is critical. Schedule an appointment to learn the rules.

Nothing illustrates this more than General Electric and its Long Term Care Products. The company’s troubles with long-term-care insurance show the challenge of caring for an aging population. 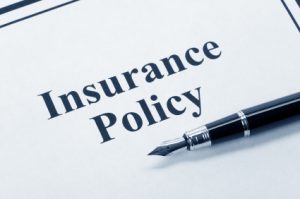 General Electric’s multi-billion-dollar loss in a unit that sold long-term-care insurance is a blow from which the iconic company is still reeling. But it’s also a harbinger of a much greater challenge for society at large: paying to care for the growing number of Americans who can’t look after themselves.

GE’s travails stem from the early 1990s, when insurance companies began developing a new line of business, offering policies that, in return for regular premium payments, would cover the cost of a nursing home or other long-term care if the need arose. With the baby-boom generation approaching retirement, sales took off. By 2007, some 7 million policies were in force, generating almost $10 billion a year in premiums.

Tempting as it may be to blame regulators, that wouldn’t be fair. True, they could have allowed more premium increases sooner, and they should always demand that companies have ample equity to absorb losses. They’ll need to investigate GE’s accounting. But new insurance products are inherently risky, and companies are bound to make mistakes. Officials shouldn’t be expected to catch risks that actuaries can’t foresee.

Rather, the debacle illustrates a troubling truth: Private insurance can’t handle this problem by itself.

Understanding the rules as to the Medicaid program is critical for all persons. Failure to anticipate long term care nursing costs can wipe out an entire lifetime of savings. Call us to discuss how to protect your lifetime savings while still qualifying for Medicaid.

CLICK HERE TO READ THE ENTIRE ARTICLE ON BLOOMBERG.