In order to qualify for this benefit program, you must be a resident of the state of Rhode Island, a U.S. national, citizen, permanent resident, or legall alien, in need of health care/insurance assistance, whose financial situation would be characterized as low income or very low income. You must also be either pregnant, a parent or relative caretaker of a dependent child(ren) under age 19, blind, have a disability or a family member in your household with a disability, or be 65 years of age or older.

What is Medicaid Planning?

Medicaid Planning is a form of estate planning where assets of an individual are transferred into various trusts and five (5) years after the transfer the individual would be eligible for Medicaid.

Want to learn more? Contact us to schedule an appointment.

12 Things To Know About Medicaid In Rhode Island

12 Things to Know About Medicaid In Rhode Island

1. Rhode Island spends a ton of money on Medicaid every year.

Slightly more than half the money spent on Medicaid services usually comes from the federal government, with the rest covered by taxpayers in Rhode Island.

Here’s a chart showing the annual cost of Medicaid in Rhode Island over the five fiscal years through 2012-13:

Part of why Medicaid is such an expensive program is because it’s such a large one. During the 2012-13 fiscal year, 22% of Rhode Island’s population – about 230,000 of the state’s roughly 1 million residents – used Medicaid at some point in the year.

Since there’s some amount of “churn” in Medicaid throughout the year – people signing up, people dropping off – the average number of Rhode Islanders signed up for Medicaid at any point in the fiscal year was somewhat lower: 195,000.

3. Rhode Island spends more per Medicaid enrollee than most states.

Or at least it did as of 2008-09, according to this chart from the Center on Budget and Policy Priorities, a liberal research group:

All the states in the Northeast spent more on Medicaid per beneficiary than the national average, with the exception of Vermont.

The Affordable Care Act – Obamacare – expanded eligibility for Medicaid. Unsurprisingly, that has led to a surge in enrollment and will lead to a surge in spending on the program.

Rhode Island’s total spending on Medicaid is projected to be $2.7 billion in the current fiscal year, which runs through June 30, 2015 – an increase of nearly $1 billion from two years earlier. Enrollment is projected to jump from about 190,000 residents at the end of last year to 261,828 residents as of this past summer. The federal government is picking up much of the tab for newly eligible enrollees, however.

Here’s a chart showing that Medicaid spending is projected to consume nearly one-third of Rhode Island’s general revenue (basically, taxes and fees paid in the state) in this year’s budget:

5. Nearly half of Medicaid spending goes to hospitals and nursing facilities.

This chart is pretty self-explanatory:

As the figures at the bottom of the chart show, there’s a big difference in how fast costs have been going up annually between different types of Medicaid providers in Rhode Island.

6. The majority of Medicaid spending is for elderly and disabled residents.

The stereotypical Medicaid beneficiaries are single mothers and their children, and for good reason – in Rhode Island, they made up two-thirds of those who used the program (134,383) in the 2012-13 fiscal year. Their share is up to roughly 80% post-Obamacare, state officials report.

However, children and families aren’t where most of the Medicaid money is spent – not by a long shot.

Here’s the breakdown of spending on the four subgroups of Medicaid beneficiaries:

7. Rhode Island Medicaid spending on its two priciest groups is above average.

8. Spending per Medicaid enrollee has been falling, except for the elderly.

The outlier was elderly residents, the only group for whom cost-per-member rose over that period, as this chart shows:

9. Two-thirds of Medicaid spending on the elderly goes to nursing facilities.

And here’s a chart showing the same breakdown for adults with disabilities:

This may be the most astounding fact on this page: the top 7% of Medicaid beneficiaries account for nearly two-thirds of spending on medical claims.

So where did all that money go? “Nearly half (49%) of claims expenditure on high cost users is on nursing facilities and residential and rehabilitation services for persons with developmental disabilities,” the report says. It also says: “Many high cost users are those who are institutionalized year-round.”

Here’s a chart on that:

The House Fiscal Office is projecting a larger budget shortfall in each of the coming fiscal years, according to these estimates provided to state lawmakers last month:

12. Growing Medicaid costs are a key concern to state officials.

13. Check out this Nesi’s Notes post featuring some interesting feedback to the Medicaid numbers.

On October 19, 2015 the State of Rhode Island announced it has received an additional $112.8 million in federal funds for a new computer system. The system, whose overall cost has soared to $380 million, is being built to verify eligibility for Medicaid, tax credits for HealthSource RI and other public assistance.

Still have questions as to Medicaid qualification and benefits? Contact our office for a free consultation.

For 2016, the Internal Revenue Service has announced that the estate and gift tax exemption is $5.45 million per individual, up from $5.43 million in 2015. That means an individual can leave $5.45 million to heirs and pay no federal estate or 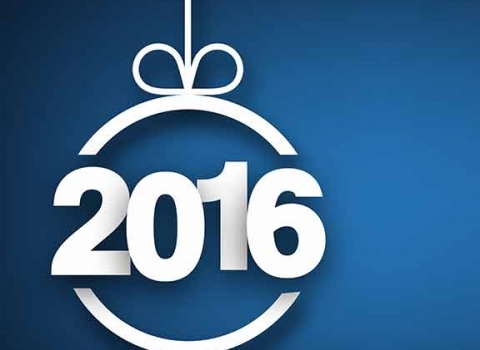 gift tax. A married couple will be able to shield $10.9 million from federal estate and gift taxes.

Why is this important? Most people have a desire to pass as many assets as they can to their heirs. When deciding on your estate plan, knowledge as to what portion of your estate, if any, may be subject to estate taxation is critical in deciding on a plan.

My assets are below the 2016 threshold, should I still be worried? Maybe. Even though the you may be below the Federal level, you may be above the levels taxed by each state. For example, the State of Rhode Island has set a limit of $1,500,000 before an estate tax is due; Massachusetts is even worse being set at $1.0 million. Other states, such as Florida and New Hampshire do not impose any estate tax.

Still concerned and confused about estate taxes? Contact us for a free consultation.