Four years after Medicare officials agreed in a landmark court settlement that seniors cannot be denied coverage for physical therapy and other skilled care simply because their condition is not improving, patients are still being turned away.

So federal officials and Medicare advocates have renewed their court battle, acknowledging that they cannot agree on a way to fix the problem. Earlier this month, each submitted ideas to the judge, who will decide — possibly within the next few months — what measures should be taken.

Several organizations report that the government’s initial education campaign following the settlement has failed. Many seniors have only been able to get coverage once their condition worsened. But once it improved, treatment would stop — until they got worse and were eligible again for coverage.

Every year thousands of Medicare patients receive physical therapy and other treatment to recover from a fall or medical procedure, as well as to help cope with disabilities or chronic conditions including multiple sclerosis, Alzheimer’s or Parkinson’s diseases, stroke, and spinal cord or brain injuries.  Although it removes the necessity to show an improving health condition, the settlement does not affect other criteria and limitations on Medicare coverage.

“We still regularly get calls from people who are told they are being denied coverage,” said Peter Schmidt at the National Parkinson Foundation, based in Miami. Denials sometimes occur because physical therapy providers use a billing code that still requires the patient to show improvement. Although Parkinson’s is a degenerative brain disease, Schmidt said physical therapy and exercise can help slow its progress.

The agreement, approved in 2013, settled a class action lawsuit against the Centers for Medicare & Medicaid Services filed by the Center for Medicare Advocacy and Vermont Legal Aid on behalf of five Medicare beneficiaries, including the late Glenda Jimmo, and  six nationwide patient organizations. Coverage, the Jimmo settlement said, does not depend on the “potential for improvement from the therapy but rather on the beneficiary’s need for skilled care.”

In August, U.S. District Court Chief Judge Christina Reiss in Vermont ordered the government to work with the beneficiaries’ attorneys to strengthen its education campaign about the policy aimed at bill-processing contractors, claims reviewers, providers, appeals judges, people who staff the 800-MEDICARE help line and others. (Beneficiaries, however, were not included.) After working during the fall, both sides acknowledged this month they could not reach a compromise on the best way to make revisions to the education campaign.

There was a long-standing kind of mythical policy that Medicare contractors put into place that said Medicare only pays for services if the patient could progress,” said Roshunda Drummond-Dye, director of regulatory affairs for the American Physical Therapy Association. “It takes extensive effort to erase that.”

Medicare’s proposals include educational efforts such as a special webpage with “frequently asked questions” spelling out the proper procedures for handling claims. The government would also issue a clear statement confirming that Medicare covers physical, speech and occupational therapy along with skilled care at home, and in other settings, even if the patient has “reached a plateau” — a term seniors still hear — and is not improving.

Attorneys for the seniors want to monitor how Medicare officials implement these new measures and have offered to write the policy statement disavowing what’s known as the “improvement standard.” They also want the government to repeat its 2013 conference call with providers, contractors and others involved in the process in order to correct mistakes, according to papers filed with the court Jan. 13.

“The major problem for us is that they do not want the plaintiff’s counsel to have any say or involvement in what they do,” said Gill DeFord, litigation director at the Center for Medicare Advocacy in Connecticut. “We think that’s exactly the reason the educational campaign was so riddled with inaccuracies in the first place.”

But in its filing, the government said, “The Plaintiffs’ plan seeks to address perceived deficiencies that were specifically not guaranteed under the [settlement] Agreement.” It added accepting the advocates’ plan “would also grant their counsel undue control in developing CMS educational materials and an outsize role in CMS’ corrective action efforts.”

The settlement affects care provided by a trained professional in a patient’s home, nursing home or the provider’s private office that is medically necessary to maintain the patient’s condition and prevent deterioration.

A Medicare spokesman declined to comment under agency protocol because the case is still pending.

KHN’s coverage of aging and long-term care issues is supported by The SCAN Foundation.

The devastating impact of Alzheimer’s disease and Dementia

A TPT documentary aims the national spotlight on looming Alzheimer’s “epidemic” and its financial and emotional toll on families. The devastating impact of Alzheimer’s disease and Dementia on his own mother — and on his father, who struggled to care for her — first prompted Gerry Richman to take a hard look at the disease. As vice president of national productions at Twin Cities Public Television, he was the mastermind behind a 2004 Emmy-winning documentary called “The Forgetting: A Portrait of Alzheimer’s.” Now, Richman is back with another eye-opening film on the subject. “Alzheimer’s: Every Minute Counts” — airing across the country Wednesday — chronicles the struggles of people living with Alzheimer’s and the emotional and financial challenges it poses for their families. It also forecasts, through interviews with doctors and researchers, a looming crisis for the country as baby boomers enter their senior years and their risk of developing Alzheimer’s increases.

The current numbers are scary enough. More than 5 million Americans have Alzheimer’s — with one new case identified every minute. In addition to the emotional toll, it can cost tens of thousands of dollars to take care of someone with Alzheimer’s, making it one of the most expensive diseases and provoking some health experts to predict that it will collapse both Medicare and Medicaid — and the finances of millions of people. Although Alzheimer’s can strike people younger than 65, it generally occurs in those much older. The risk of developing the disease doubles every five years after 65, according to the National Institute on Aging. It becomes much more common among people in their 80s and 90s. With longer life spans come greater numbers of people at risk of Alzheimer’s. “There hasn’t been a large population of 85-year-olds until this generation,” Arledge said.
The full article can be found HERE.

When you need to develop a plan about how to handle the cognitive issues of a loved one, contact our office for a no-cost consultation to discuss your facts and options.

MEDICAID BUDGET UNDER THE HEALTH & HUMAN SERVICES SECTOR IS 42.1% OF BUDGET

PROVIDENCE, R.I. — Gov. Gina Raimondo counts on Rhode Islanders paying sales tax when they shop online to finance a series of big initiatives, including tuition-free years at state colleges, in a $9.25-billion state budget proposed Thursday. The tax and spending plan for the fiscal year starting July 1 would raise total expenditures by $309 million, or 3.5 percent, over the budget passed by lawmakers for this year. Online giant Amazon has told state officials it will begin collecting

Since the launch of the Rhode Island’s trouble social services system, UHIP, many nursing homes have gone without payment for Medicaid patients. Owed for months of care, many administrators are concerned they won’t be able to go without payment for much longer.

Debra Griffin is the administrator at Hattie Ide Chaffee Nursing Home and Rehabilitation in East Providence. She also chairs the state nursing home association. Griffin says the system for getting paid for these patients was inefficient before but it’s worse now. 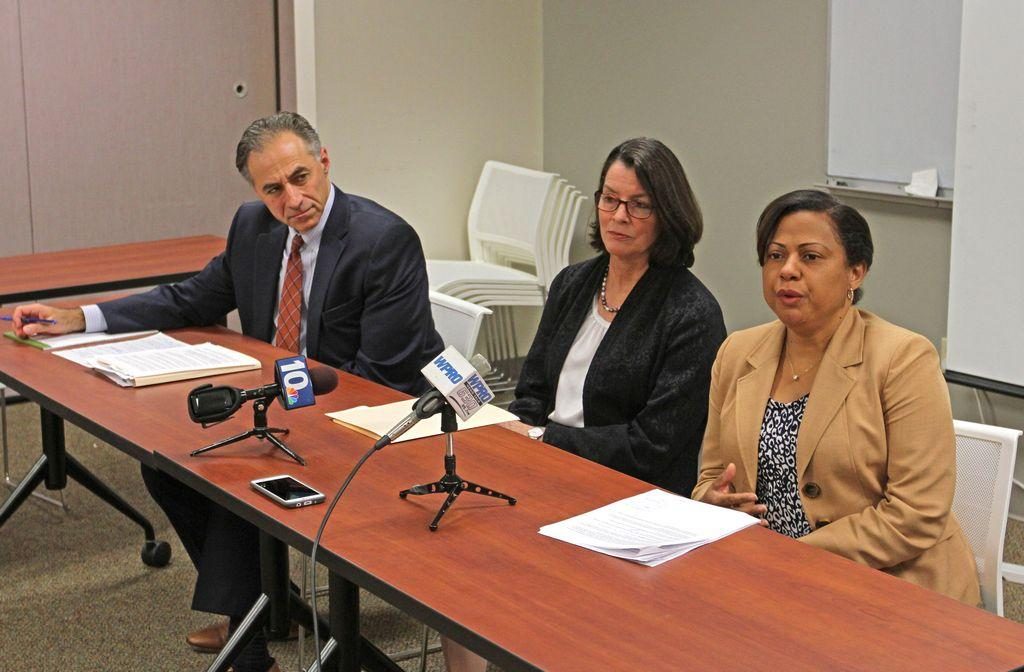 “We haven’t received an approval since September. And that was for someone back to last April,” says Griffin.

Griffin says firing Department of Human Services workers who understood long- term care Medicaid applications before the launch of the new system was a mistake.

“Long- term applications are not run of the mill,” said Griffin. “You have to have a level of knowledge and expertise in the approval process.”

Governor Gina Raimondo acknowledges letting workers go before the launch of the system that was a mistake. The Governor has just accepted the resignations of two top officials involved in the launch. But Griffin says that the governor’s latest actions to fix the problem may not be enough to solve nursing homes’ financial woes.

Griffin says the state owes her home more than $200,000, and most nursing homes in the state are still awaiting payment.

The original Article was written by Kristen Gourlay for RINPR and can be found HERE.

Estate Planning For You and Your Loved Ones

RI DHS staff changes to be announced at 3 p.m. 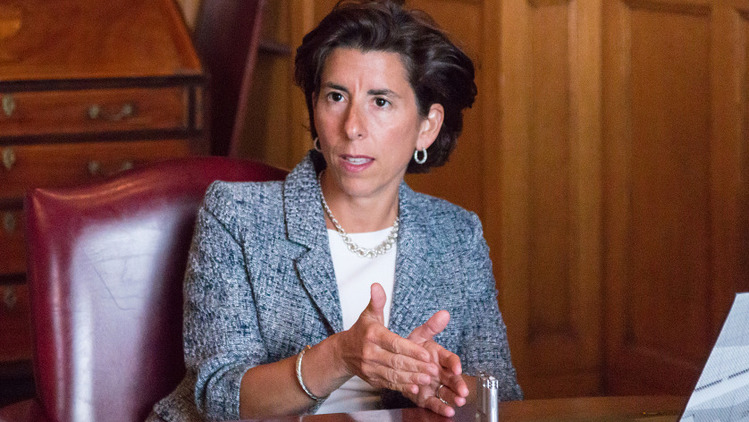 PROVIDENCE – Staffing and other changes to improve the problem-plagued computer benefits system will be announced in a 3 p.m. news conference, the governor’s office says.  Last week, Governor Gina Raimondo said she was “at the end of her rope” with the Unified Healthcare Infrastructure Project system, which had immediate glitches after it launched in mid-September. The state and federal government  has paid $364 million to Deloitte Consulting to build the new benefits system. The

Source: UHIP staff changes to be announced at 3 p.m.

Raimondo: ‘I am at the end of my rope,’ changes coming after DHS computer shuts down again

PROVIDENCE, R.I. (AP) — The Rhode Island Department of Human Services’ new computer system shut down for the second day in a row, testing the patience of Gov. Gina Raimondo.   WJAR-TV reports the system, known as UHIP or RI Bridges, went down on Wednesday after an hour-long shutdown on Tuesday caused delays that forced some DHS employees to turn away waiting customers.   Raimondo called the debacle “unacceptable.”   “I am at the end of my rope. I’m out of

Source: Raimondo: ‘I am at the end of my rope,’ changes coming after DHS computer shuts down again